Welcome to our Class 1 page! 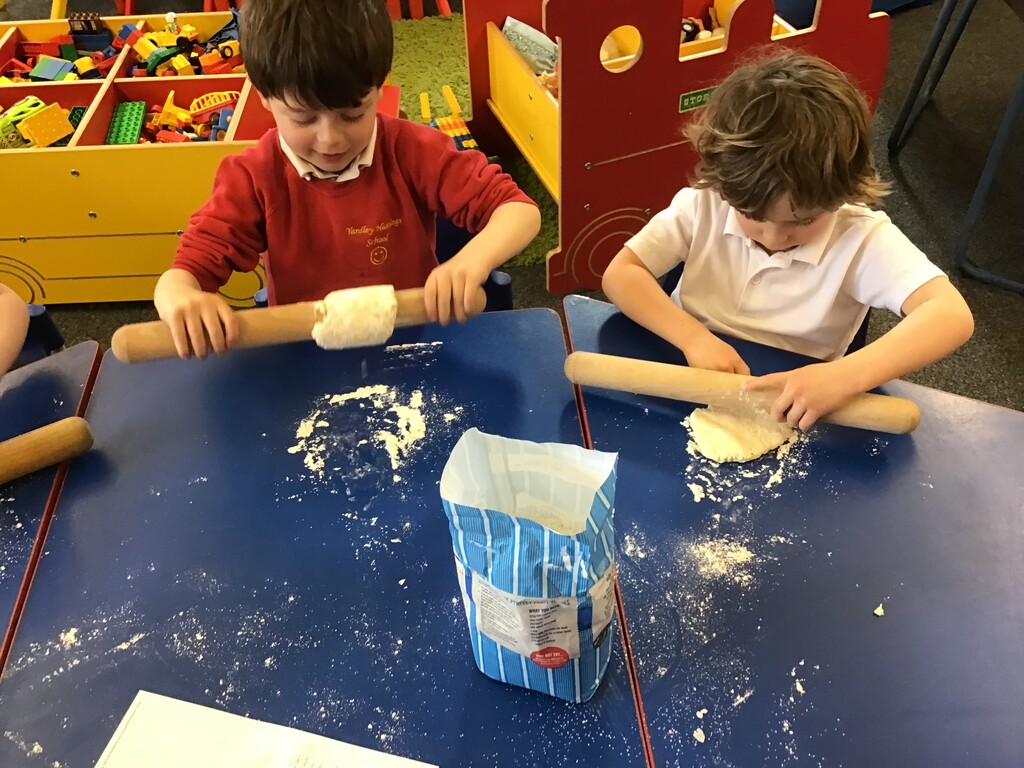 Using the story of 'The Little Red Hen', Class 1 have explored bread in depth. They started by tasting different types of bread and discussing their favourite. Then they created their own flatbread. They started by writing their own recipes and then they measured out the ingredients needed and followed their recipes. They used rolling pins to roll out their dough and cutters to cut out flatbread shapes. Mrs K helped the children to cook them in the pan and then they got to eat them. They were so tasty! 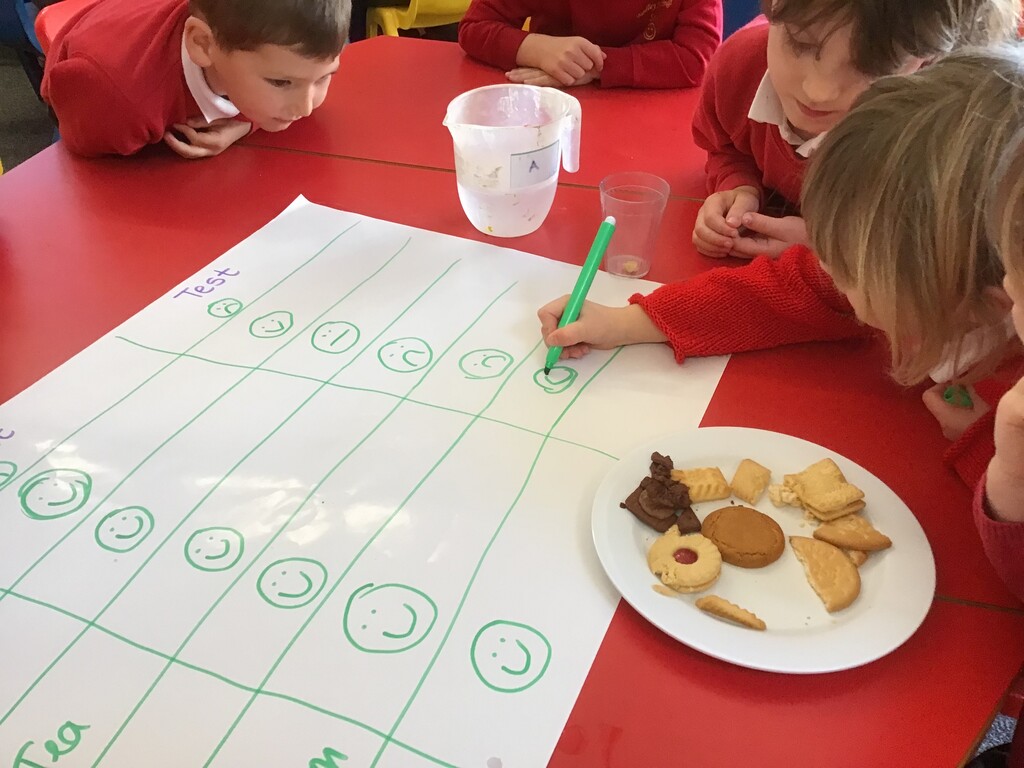 This week is British Science Week and to launch this, Mr Baker held a very scientific assembly. He showed us some very fun and exciting experiments and then told us that were going to carry out our own experiment.
Class 1 were asked to find out which biscuit was the best to dunk. We started by making predictions. We predicted the ginger nut or the bourbon cream to be the best to dunk. We decided as a class that a biscuit that broke was not a good dunker! We tested each biscuit by dunking it into warm water for ten seconds. Some of the biscuits broke, and some went very soft except the jam biscuit! We concluded that the jam biscuit was the best dunker!

We are looking forward to carrying out more experiments in Class 1!